Continuing our ‘Formats’ series, it’s hard not to mention images and the power of visual storytelling, as they are part of every text. People perceive illustrated stories better./p>

Open School of Journalism states that "Depending on the audience, it is sometimes easier for people to understand a message if it is represented visually. Journalists use all forms of illustrations including sketches, drawings, photographs, or graphic designs"./p>

According to them, using visuals in journalism gained popularity from the late 1800s. This was the period during which printed magazines were at the top of popularity. This created new opportunities for journalists and they used visual information in different ways. Some of these include:

It’s time to make a stop at each point of visual storytelling and to learn more about every form of graphic journalism. All of them have different peculiarities and can be of benefit to newsrooms if used correctly.

Photojournalism, including reportage photography, simply descriptive photos and was introduced not long ago 360-degree photos.

Modern photojournalists usually work as reporters, just use pictures instead of words. The Golden age of this major ended in 1970s when photo magazines couldn’t compete with newspapers. People still take photos, for news today; but experts have predicted that videos will soon overtake pictures.

Donald R. Winslow, a former editor of the National Press Photographers Association’s News Photographer magazine and website, a managing editor of content creation at the Amarillo Globe-News, has told The New York Times about the uncertain future of photojournalism. According to him, photographers need to have additional income and to be occasionally engaged in photojournalism. The opportunities for photojournalists are great, but publishers are not able to pay for their work.

The main reason behind this is the use of modern alternatives for photos.

Technology changes the order of things

However, the progress of technology offers reporters new opportunities. Researchers even distinguish technological forms of this visual storytelling phenomenon such as iPhone Journalism. This can be named part of a newly introduced trend of Mobile journalism. We are going to cover this topic on our blog, so stay tuned!

Another trend in photojournalism is 360-degree images mentioned above. They are interactive photos. Readers can spin images and see the whole picture around, like in 360-videos.

Illustrated journalism or as it is also called Comics journalism when sketchy pictures and digital images replace photos.

You can find examples of this phenomenon in nearly every IO blog article. We add comic sketches to help people perceive information easily and also to help them see the full picture. Another purpose of comics and sketches is the emotional engagement of the audience. Illustrations can wake up readers’ interest when the headline can’t do that. Here are few practices of visual storytelling from newspapers and magazines, however, you have already seen thousands of examples while browsing the Internet.

The New York Times "Welcome to the New World" series that won the Pulitzer prize for Editorial Cartooning in 2018: Animated illustration stands on the edge of video and visual formats. These can be short GIFs or VR animations.

Here is a good example of how Wired used an animated illustration.

textBBC uses GIFs and even tell readers why this illustrations format is great:

This is what makes data understandable for ordinary people who have nothing in common with big data analysis. Here is a couple of examples. You can also learn more by following the link above; we have a separate article about how newsrooms visualize statistics and make data look simple. The languages of the world 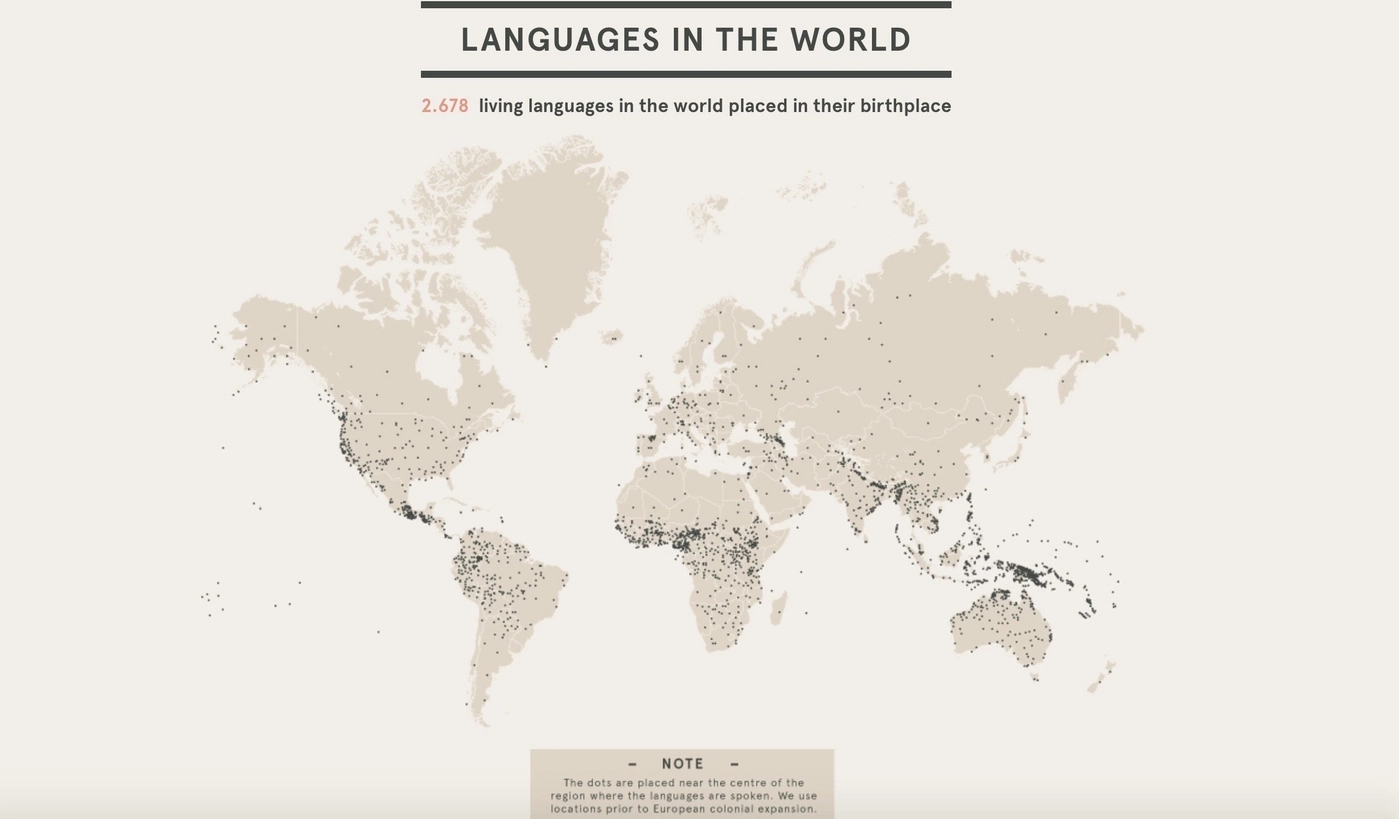 Memes are a virally transmitted social idea, it is a modern trend used by newsrooms both for entertainment and sometimes even to misinform readers. Anyway, they are engaging, emotional and humorous.

An Xiao Mina, Director of production at Meedan, says in her interview for NiemanLab: "They are now keys to the communication landscape. In addition to the information they convey, they also carry notions of emotion, are narrative, and show identity".

Joanna Geary, Head of curation for Twitter Moments, stated that "As a cultural identity, memes are as uniting as they are divisive".

So, everything depends on who uses them and how they are used. Not all visuals deliver misinformation to readers, for instance, here is an article by Jason DeMers, Forbes contributor, explaining how to use memes for better audience engagement. In a nutshell, every type of visual format can work great and glue people to your articles or news. Accompanying long text stories with visuals, boosts readers’ interest and keeps them reading any story to its end.

Here are some tips to keep in mind: